Quote from Philip Coppens book:THE CANOPUS REVELATION – Stargate of the Gods and the Ark of Osiris

“The identification of the constellation Orion with the Egyptian god Osiris has
become engrained in human consciousness, yet it is one of the biggest misun-
derstandings dominating the understanding of Egyptian mythology. Rather
than the constellation Orion, it is the star Canopus that is linked with Osiris,
as identified by ancient writers as well as early 20th century scholars, whose
evidence has since been bullied into silence, if not oblivion.

Canopus, for Egypt the South polar star, is the second brightest star in the
sky and interplays with Sirius in such a way that ancient accounts say they
control time and evolution. Furthermore, Canopus was the star of the naviga-
tors, both ancient and modern, and was believed to allow access to the After-
life – the domain of Osiris. Canopus was specifically identified with his Chest,
his Ark, in which he was transformed from mere mortal to resurrected supergod;
an image which has inspired Mankind ever since. The story has been at the
origin of the Grail legend and alchemy, both of which have a specific link to
Canopus – revealed here for the first time.

Canopus was therefore literally a “stargate”, where man could communicate
with and aspire to become gods – and enter into other dimensions This book
will reveal what the Egyptians actually believed as to what happened to the
soul after death, when it entered into the Duat(or Nibiru), the crossing be-
tween life and the Afterlife, and the paths it the soul could choose. It will show
how they coded this knowledge into their mythology and how ancient ac-
counts and modern physics use the same symbolism…to describe the struc-
ture of the universe, the playground of the Egyptian gods and the souls of
the deceased.”
Using simple Gematria…CANOPUS = 89 = OSIRIS…

An Arabic translation for Canopus is SUHAIL

Further more, Philip Coppens also mentions the connection between the Canopus stargate and the Ark of the covenant.

Going back to the Arabic name for Canopus which is SUHAil, then reveals it linguistically links to SAHU (SAH)…the STARMAN! SAHU is connected with CANOPUS… NOT Orion.

The Arabic SUHAIL, is alternatively spelled as SUHAYL 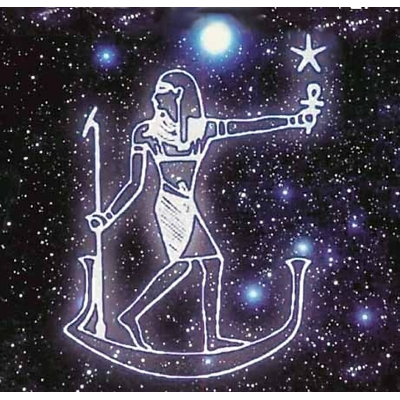